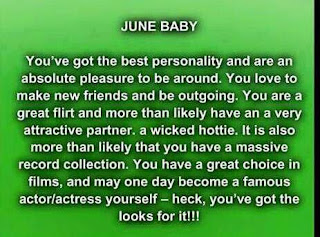 Hello June or should that read goodbye June since June is all but over, I know my bad as per usual. I think I will do these posts at the end of the month instead of at the start of a month.

Anyway what happened in June well mum, dad, me and Tim went on a cruise to Fiji and it was bloody wonderful, we all had a great time the weather was lovely not too hot but it was a bit cool on the ship inside outside near the pool it was not just warm but hot but not overly hot or that humid all in all the weather was good.

Mum and dad did get off the ship a few times, and had a good time mum even went ashore at Port Denarau via tender, a tender is a small boat that takes you from the ship to the port or island where the ship is unable to dock. I think at first mum was worried about how she would get on and off the tender but when she gave it a try she was ok and didn't really have that much trouble getting on and off, she had trouble though getting on and off the bus for our sightseeing tour at Suva but then so did I it wasn't the easiest bus to get on and off.

Dave and Leigh drove us to White Bay to get on the ship for the cruise and picked us up again at Circular Quay when we returned home after the cruise for this we all were so grateful. I bought Leigh a sarong to say thank you, and I know that mum also bought her a sarong to say thank you, Leigh has the figure to wear a sarong unlike me I am far to big to wear one. Hell one wouldn't even go around my body.

When I returned home from the cruise I picked Leo up from school that afternoon and he was so excited to see me and then papa he gave me lots of hugs and kisses and told me over and over how much he loved me and how much he missed me. I missed all my grandchildren so much and often on the cruise I would see a child who would remind me of one of my grandchildren.

I also returned home to find that the photos I had removed from the walls that Natasha was going to replace in a better order for me were and still are not back on the wall as I write this and I am somewhat annoyed that they are not back on the walls as it is not something I can do easy. I have asked Tim and Natasha to replace them and they say they will but who knows when. Natasha said she wanted the walls painted before they went back up but I don't care about that I really don't care if the walls are painted or not.


Also this month Jessica aka my special girl turned 27 and she was annoyed that we were not home for her birthday but it isn't like she is a child or anything.
Posted by Jo-Anne's Ramblings at 12:35 No comments: